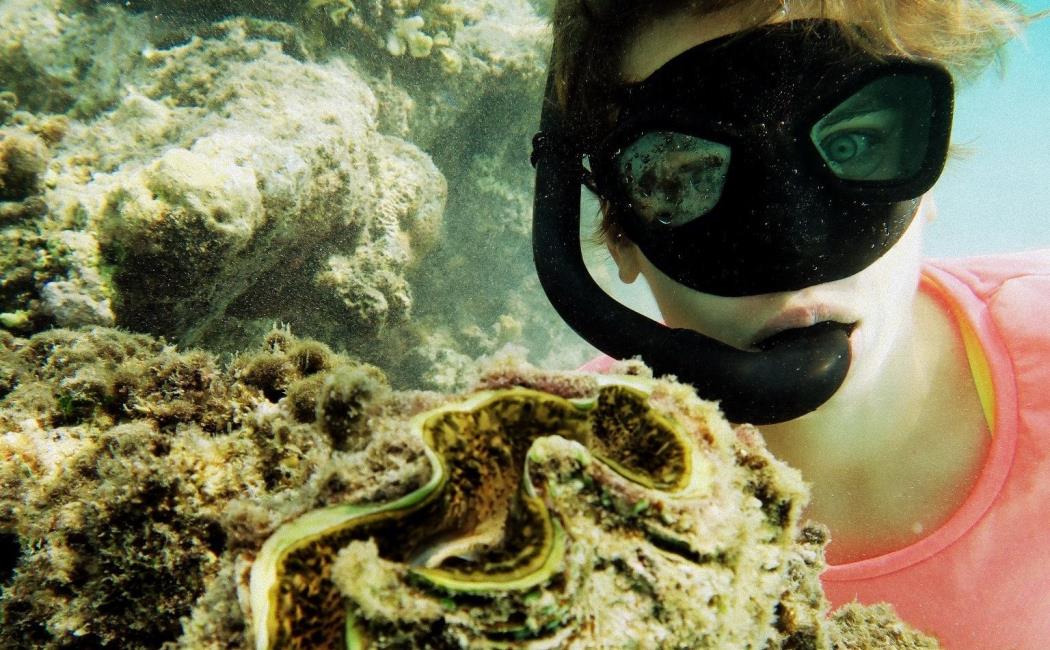 Abstract:
Iridocytes are chromatophores, containing multiple stacks of crystalized guanine, alternating with thin sheets of cytoplasm. Convergence evolution has led to their arising across a broad range of organisms, including giant clams of the Tridacninae family. Through interference of light with a combination of nanoscale architectures within tissues, iridocytes generate ‘structural colours’, which are reported to serve different purposes, from intra-species communication to camouflage. Iridocytes in Tridacninae were previously reported to promote lateral - and forward scattering of photosynthetically productive wavelengths (PAR) of light into the clam tissue, as well as back reflection of non-productive wavelengths. Hence, they presumably establish optimal conditions for the photosynthetic performance of their symbionts. We report the use of guanine crystals within Tridacna maxima iridocytes as a basis for photonic cooperation between bivalve and their symbionts, Symbiodinium. Our results suggest that, in addition to the previously described scattering processes, iridocytes can absorb potentially damaging UV radiation and, through successive emission, emit light at longer wavelengths, which is absorbed by the photosynthetic pigments of the symbiont. Consequently, both, bivalve host and symbionts are sheltered from damaging ultraviolet radiation (UVR), while the PAR flux increases, thereby contribute to maximize photosynthetic and possibly calcification rates in this large bivalve.

About the speaker:
Susann completed both, her undergraduate studies in ‘Biology’ as well as Master in ‘Biological Oceanography’ at Christian Albrechts Universität zu Kiel (Germany). Previously, she was investigating the autoecology of cold-water and deep sea corals in the Danish Straits, North Atlantic and the fjords of Chilean Patagonia under future ocean scenarios at GEOMAR (Helmholtz Center for Ocean Research, Kiel) and AWI (Alfred Wegener Institute for polar and marine research, Bremerhaven). During a VSRP internship at KAUST in 2016, Susann started examining the ‘Ecology of the Tridacna giant clam holobiont in the Red Sea’ and continued her studies on giant clams in summer 2017 as a PhD student in the ‘Tarek Ahmed Juffali Research Chair in Red Sea Ecology’ under supervision from Prof. Carlos M. Duarte.

Abstract:
In contrast to marine angiosperms, the fate and role of macroalgal primary production in carbon sequestration is largely unknown. Anecdotal evidence suggests that macroalgal carbon is sequestered in coastal and deep-sea sediments. Here, we provide robust evidence of macroalgal export from the coast to the open and deep ocean. We used global ocean metagenomes and 18S rDNA metabarcodes from the Tara Oceans and Malaspina 2010 Circumnavigation expeditions. We discovered worldwide occurrence of macroalgae from the shoreline to the open ocean (~5,000 km). We found 24 orders, Rhodophyta being the most abundant macroalgae lineage (75% of all DNA sequences). Diversity of macroalgae was similar across oceanic regions, although the assemblage composition differed. The South Atlantic Ocean presented the highest macroalgal diversity; the Red Sea was the least diverse region. Abundance of macroalgae sequences attenuated exponentially with depth at a rate of 37.3% km-1, and only 24% of macroalgae available at the surface were expected to reach the seafloor. Our findings indicate that macroalgae are exported across the open and deep ocean, suggesting that macroalgae may be an important source of allochthonous carbon, and their contribution should be considered in oceanic carbon budgets as well as Blue Carbon assessments.

About the speaker:
Alejandra is in her final year of PhD. Her research focuses on carbon fluxes of mangrove, seagrass, and macroalgae. Particularly, using environmental DNA (eDNA) analyses as an accurate method to estimate the relative contribution of marine macrophytes to Blue Carbon stocks.