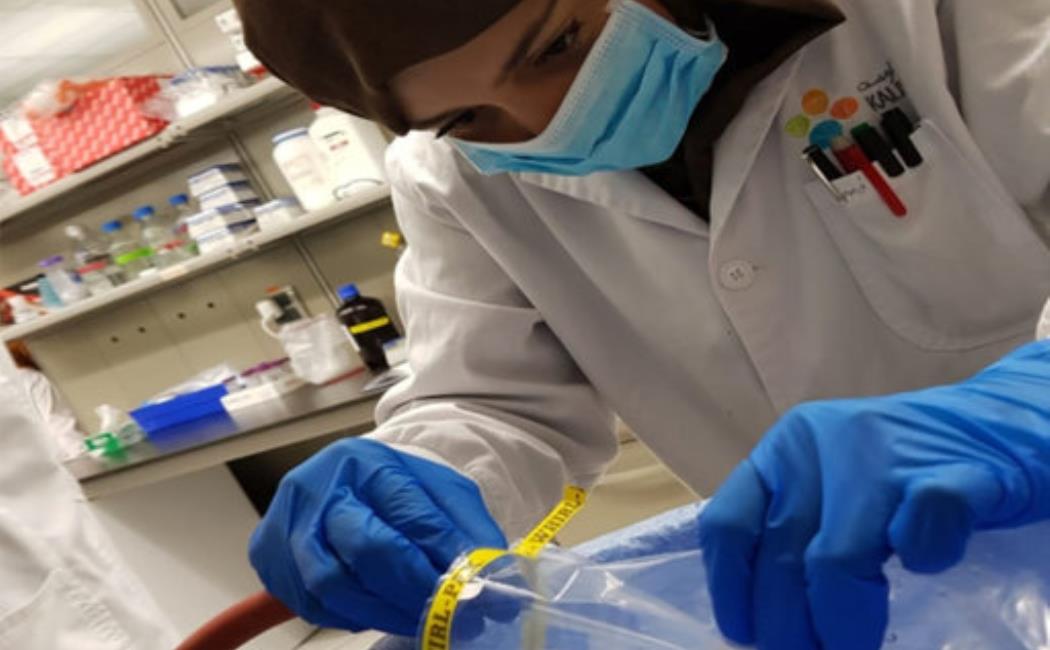 TITLE: Metabarcoding and Metagenomic Characterizations of the Red Sea Sector of the Global Dust Belt’s Microbiome

ABSTRACT: Atmospheric aerosols have been studied in great depth in regards to its metrological and chemical characterizations. These are particularly abundant in the arid region encompassing northern Africa, the Arabian Peninsula, and deserts in Central Asia, known as the Global Dust Belt. Covering about 33% of the planet, the global dust belt is the major source of wind-blown dust. Airborne aerosols play important roles in the Earth systems, impacting the hydrological and biogeochemical cycles, marine and terrestrial ecosystems, radiative energy balance, and human and, more broadly, organismal health. Aerosolized dust can carry a diverse range of microorganisms that may be transported across large distances. If surviving the transport, influence, as vectors supporting microbial populations or as pathogens to other organisms, the recipient ecosystems where they may be delivered through dry and wet depositions. Located in the middle of the global dust belt area, the Red Sea receives about 1.2 Mt of emitted dust particles per storm and a total of 6 Mt dust deposition from the annual 5-6 storm events, which may contain important loads of microorganisms. This dissertation characterizes 1) the taxonomical compositions of airborne prokaryotes and their transport history, 2) the diversity of micro-eukaryotes and their original sources with a focus on the presence of Chytrid fungi in the dust-associated microbiome, and 3) the functional profile of the airborne microorganisms, emphasizing the aeolian lifestyle-related functions. The samples required to achieve these goals were collected with a high-volume dust collector was operated to collect airborne dust over the Red Sea from the coastal and offshore regions over two years for the prokaryotic compositions and one year for the eukaryotic characterization and the functional analysis. In addition, microbial communities sampled from the surface Red Sea water were used to establish the possible relationship, suggesting an exchange, between the airborne microbial communities and those in the Red Sea. Since relying on culture-based analyses would take no notice of unculturable microorganism, culture-independent techniques were followed to detect the vast majority of the dust-associated biological particles on the sampled air filters. However, large volumes of air should be collected due to the difficulty of acquiring enough genomic materials from the low density of airborne microorganisms for molecular assays. Sahara Deserts and deserts in the Arabian Peninsula represented the major sources of microbial inputs to the Red Sea atmosphere. Hence, a high number of allergens, plant and mammalian pathogens, human and animal parasites have been detected in airborne dust samples, which could be of concern in regard to human and animal health exposed to these air masses. Functionally, in contrast to the seawater surface microbiome’s gene catalog, a dust-associated microbiome has exclusive lifestyle’s features that facilitate a resilient strategy to survive during airborne transportation, so-called “aeolian lifestyle.”

BIO: Nojood Adel Aalismail received her master's degree in Bioscience from  King Abdullah University of Science and Technology in 2016. She is currently pursuing her Ph.D. in Marine Sciences at King Abdullah University of Science and Technology. Her current research includes studies of the airborne microbial communities in the Red Sea ecosystem, their potential impact on humans and environments, and the functional aeolian lifestyle of this microbiome.