​Microplastics in the water column are ingested by clams and become attached to their shells.

Giant clams take up a large fraction of marine microplastics, which could help explain the mystery of the plastic that is "missing" from the Red Sea.

Researchers at the Red Sea Research Center have shown previously that the Red Sea has relatively low amounts of floating plastic debris in its surface waters, yet the reason for this has remained elusive. Now, they have assessed the role of giant clams as a potential sink for marine plastics, with some surprising results 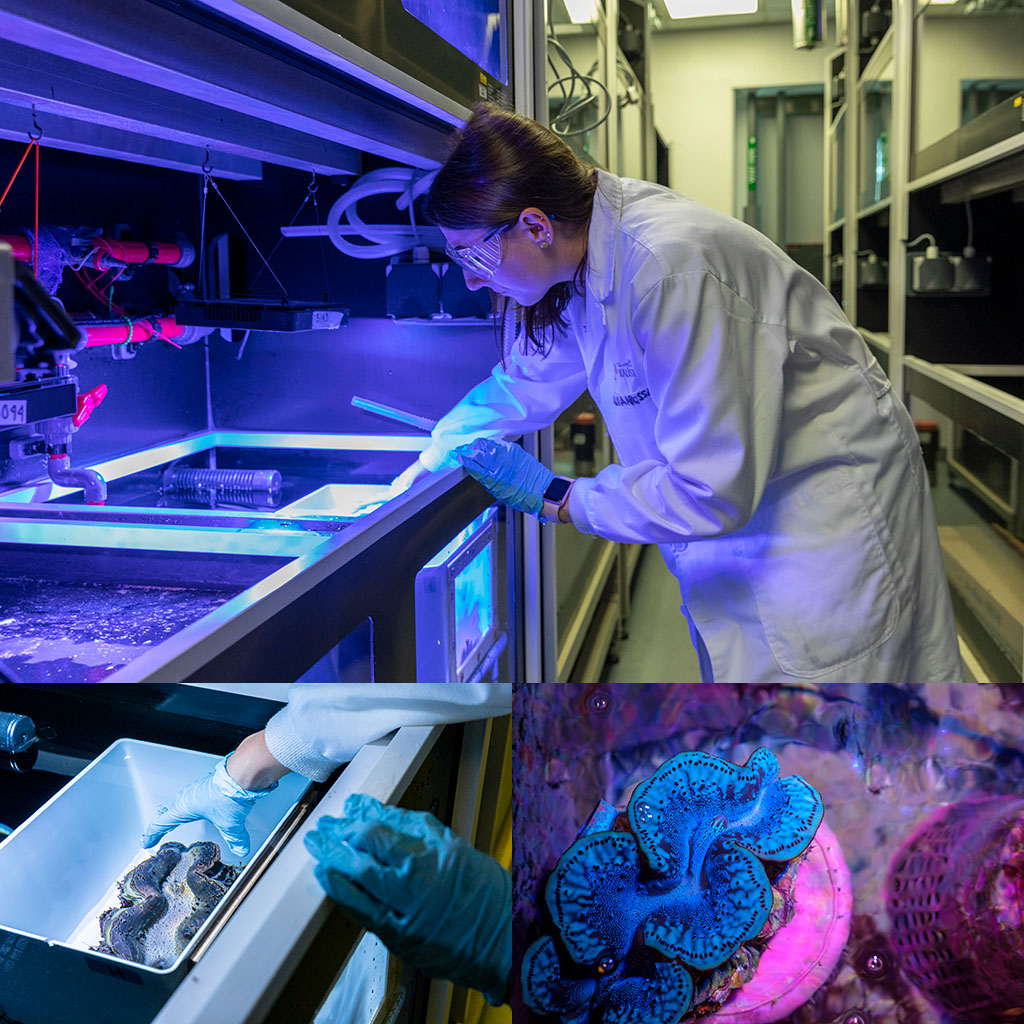 The giant clams, when put into aquariums with plastic beads of different sizes, were shown to ingest around 100 beads each; however, the real surprise was how many of the beads ended up on the shells of the clams. © 2019 KAUST

Twenty-four giant clams collected from the Red Sea were put into aquariums with plastic beads from 53 to 500 micrometers in size—the size range reported as missing from the Red Sea in a 2017 survey. By measuring the change in microplastic concentration after 12 days and counting the beads in the clams’ digestive system and on their shells, they assessed how much plastic the clams captured.

Their analysis revealed that the clams ingest beads, with each consuming about 100 beads during the experiment. While larger clams tended to consume larger beads, smaller clams didn’t have a size preference, and the amount consumed didn’t depend on the bead concentration.

To the team’s surprise, this active uptake accounted for only a small fraction of the plastic the clams captured. “At the beginning, we were focused on ingestion, but then we realized that most of the plastic was attached to the surface of the shells,” explains Ph.D. student Silvia Arossa, the study’s lead author. Passive accumulation on shells captured 30-100 times as many beads as ingestion, removing about 66 percent of the microplastic in the water column. Clam size had no effect on the number or size of the beads attached, but more beads were captured as the concentration increased.

This is one of the first studies to investigate how much plastic becomes attached to the surface of marine organisms. “Most people probably know that animals in the sea eat marine plastic, but they probably don’t realize that it can also accumulate on the surface of animals and affect not only the organism itself but also the ecosystem in general,” says Arossa.

Microplastics accumulate up the food chain, eventually finding their way into humans, and they also readily absorb contaminants. While the removal of microplastics by clams may seem to benefit the ecosystem, Arossa argues that the quantity removed is tiny compared to the amount of plastic pollution in the oceans. In other words, the harm done to the clams probably outweighs any potential benefits of plastic removal from the ecosystem and she says, “We should find alternative ways to fix this problem.” Such solutions need to include preventing plastic waste from polluting marine ecosystems in the first place.