An international team of over 150 scientists from 26 countries have collated movement data from nearly 2,000 sharks tracked with satellite transmitter tags.

The groundbreaking study, published in the journal Nature reports, revealed that even the remotest parts of the ocean appear to offer highly migratory sharks little refuge from industrialised fishing fleets.

The researchers, part of the marine megafauna movement, brought together by Carlos Duarte, Professor of Marine Science at King Abdullah University of Science and Technology (KAUST) mapped shark positions and revealed 'hotspots' of space use in unprecedented detail.

"This research highlights the need and power of collaboration to better understand global conservation challenges in the open ocean," says Carlos Duarte, co-author of the paper and Professor of Marine Science at KAUST.

Large sharks inhabiting the open ocean account for over half of all identified shark catch globally in target fisheries or as bycatch. Regional declines in abundance of some populations such as shortfin mako shark – the fastest shark in the sea – have led to widespread calls for catch limits in the High Seas.

But precisely where in the vast expanse of the oceans' sharks aggregate and how much fishing takes place in those chosen habitats remains poorly known globally, even though it will be crucial to selecting sites to conserve sharks.

The international working group has explored new 'big data' analytics to better understand conservation challenges in the ocean. "By overlaying global maps of shark abundance and movement contributed by over 150 researchers worldwide and fishing vessel movement data retrieved from the Automatic Identification System vessels carry to report their position, we have produced a global map of risks to shark conservation from the fishing industry. This work will help to advance conservation of endangered marine life," Duarte added.

They found multi-species pelagic shark hotspots were mostly located in frontal zones, boundaries in the sea between different water masses that are highly productive and food-rich.

They then calculated how much the hotspots were overlapped by global fleets of large, longline fishing vessels – the type of fishing gear that catches most pelagic sharks – with each vessel capable of deploying 100 km long lines bearing 1200 baited hooks on a daily basis.

Strikingly, they found 24% of the mean monthly space used by sharks globally falls under the footprint of pelagic longline fisheries. For commercially exploited sharks such as North Atlantic blue and shortfin makos sharks overlap was much higher, with on average 76% and 62% of their space use, respectively, overlapping with longlines each month. Even internationally protected species such as great white and porbeagle sharks had overlap values exceeding 50%. 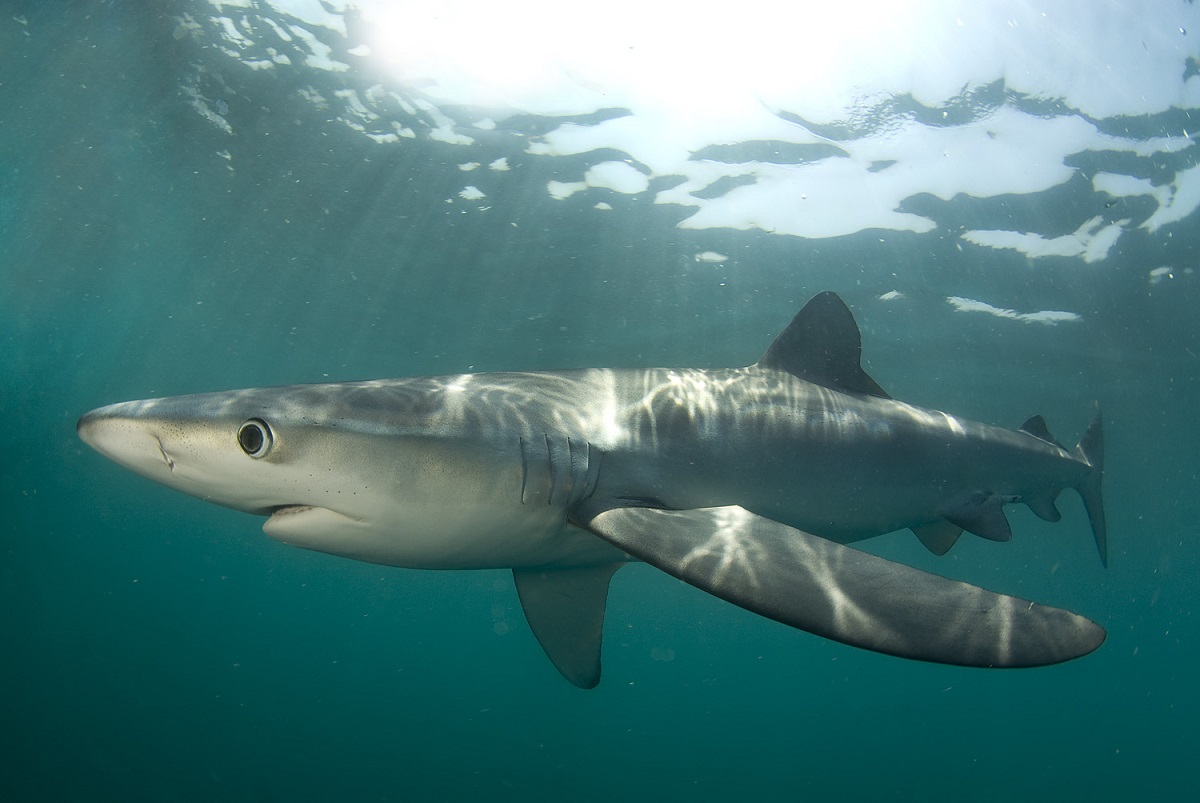 Equally alarming was that shark hotspots showing high overlap with longline fishing were often also subjected to high fishing effort, a potential 'double whammy' for sharks that will result in higher catch rates and potentially accelerate declines in abundance.

Given the high fishing effort in hotspots of many species for significant portions of the year, and the very few tracked hotspots free from exploitation, the study reveals exposure risk of sharks to fisheries in the high seas is spatially extensive – stretching across entire ocean-scale population ranges for some species.

The team's findings indicate large sharks – some of which are already endangered globally – face a future with limited spatial refuge from industrial longline fishing effort.

The researchers propose that the detailed maps of shark hotspots and exposure to longline fishing effort they have produced can provide a 'blueprint' for use in deciding where to place large-scale marine protected areas (MPAs) aimed at conserving sharks, in addition to the need for strict quotas to reduce catches elsewhere.

"Some of the shark hotspots we studied may not be there in as little as a few years' time if management measures are not put in place now to conserve the sharks and the habitats on which they depend," Sims says.

The research is published online in Nature on 24th July 2019.