Beneath The Waves... (literally!) with sharks, seagrass and sediments 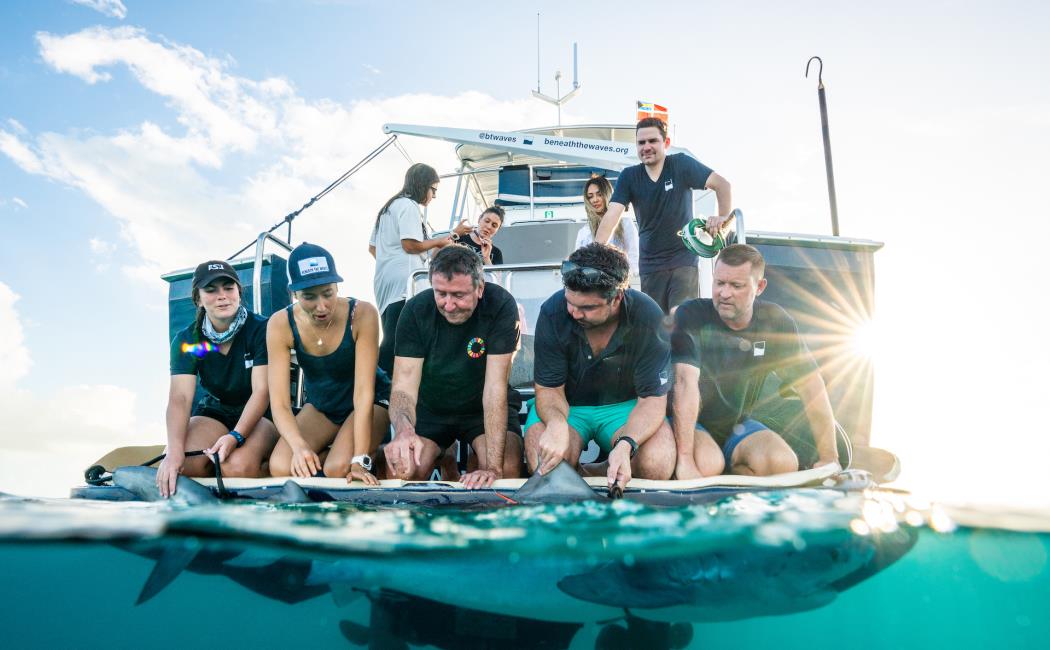 Beneath The Waves... (literally!) with sharks, seagrass and sediments

Their faces whilst on the plane says it all - it feels good to see such a large expanse of seagrass! Indeed, Exuma Sounds in the Bahamas has one of the largest seagrass meadows in the world, so it is critically important: not only in terms of the quantity of [blue] carbon sequestration, but also in terms of its role as a nursery ground for the species that live there. 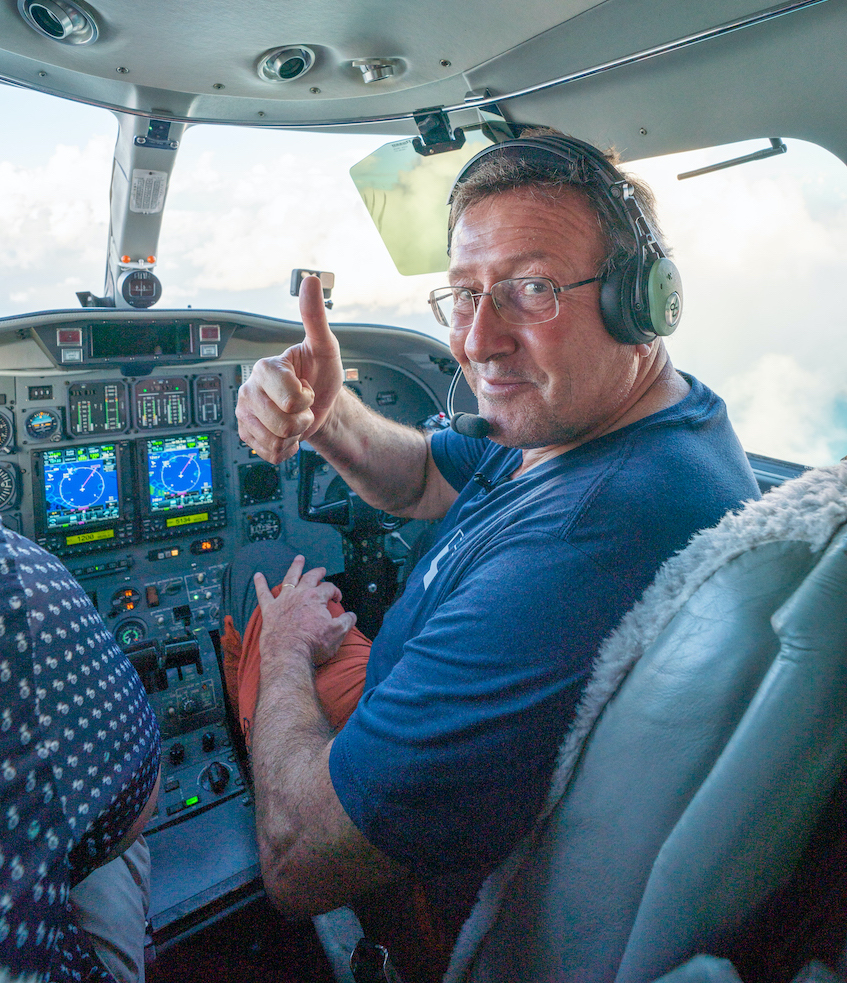 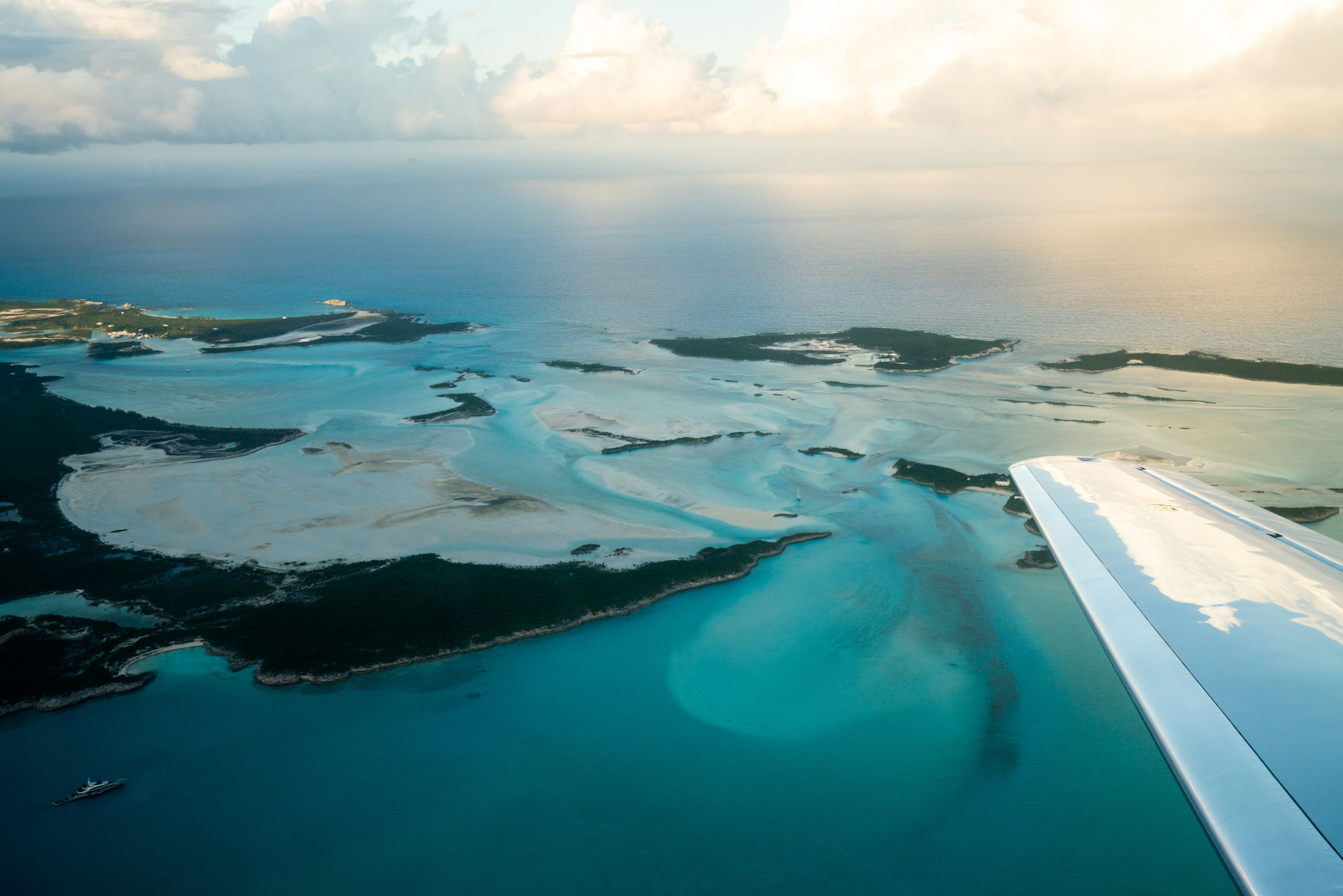 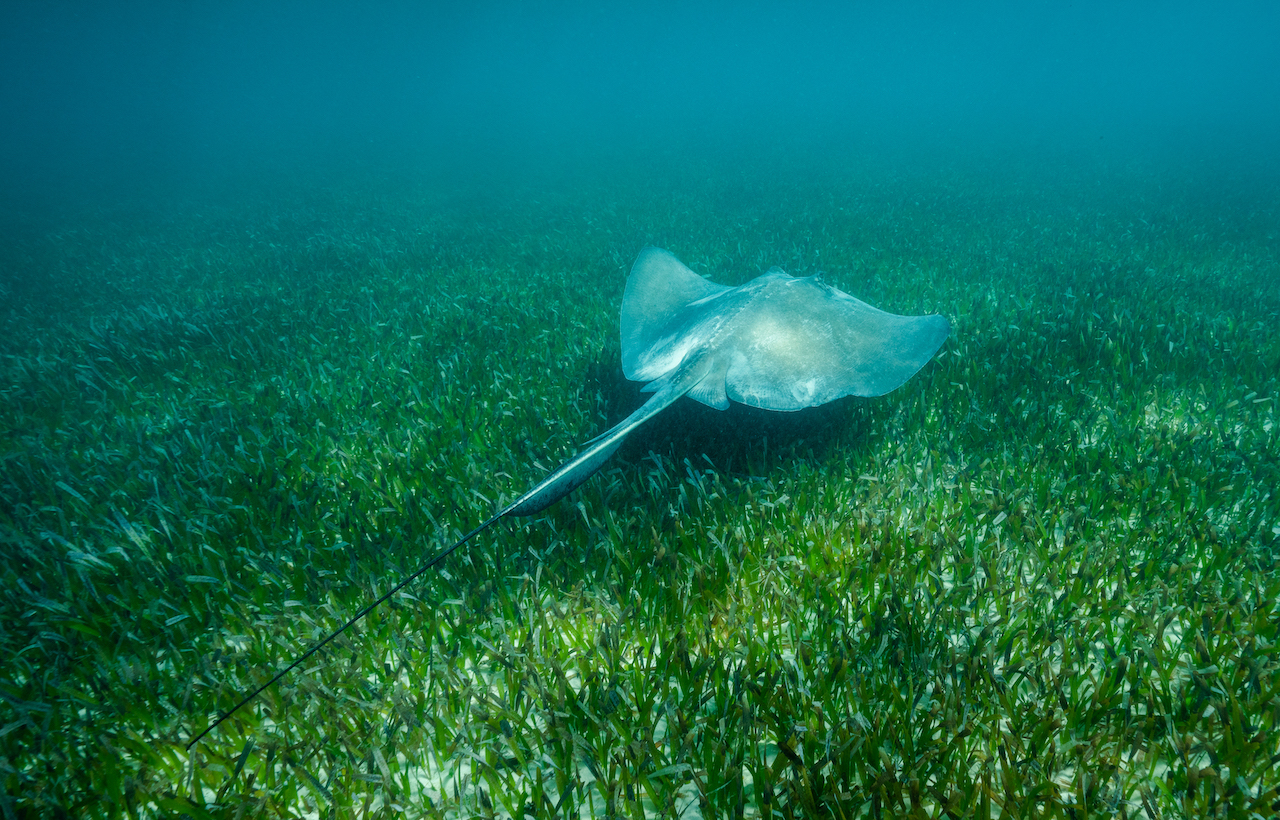 THE TEAM AND TIGRESS

The TAJRC team partnered with BTWaves for this project; an NGO dedicated to enhancing ocean research and policy by working with scientists, researchers, and new technological partners. Initially focusing on sharks, BTWaves now has several main initiatives: Marine Protected Areas, threatened species, deep-sea conservation, and blue carbon. They also have a new research vessel and liveaboard named Tigress, and this is where the team set up station for the next week. 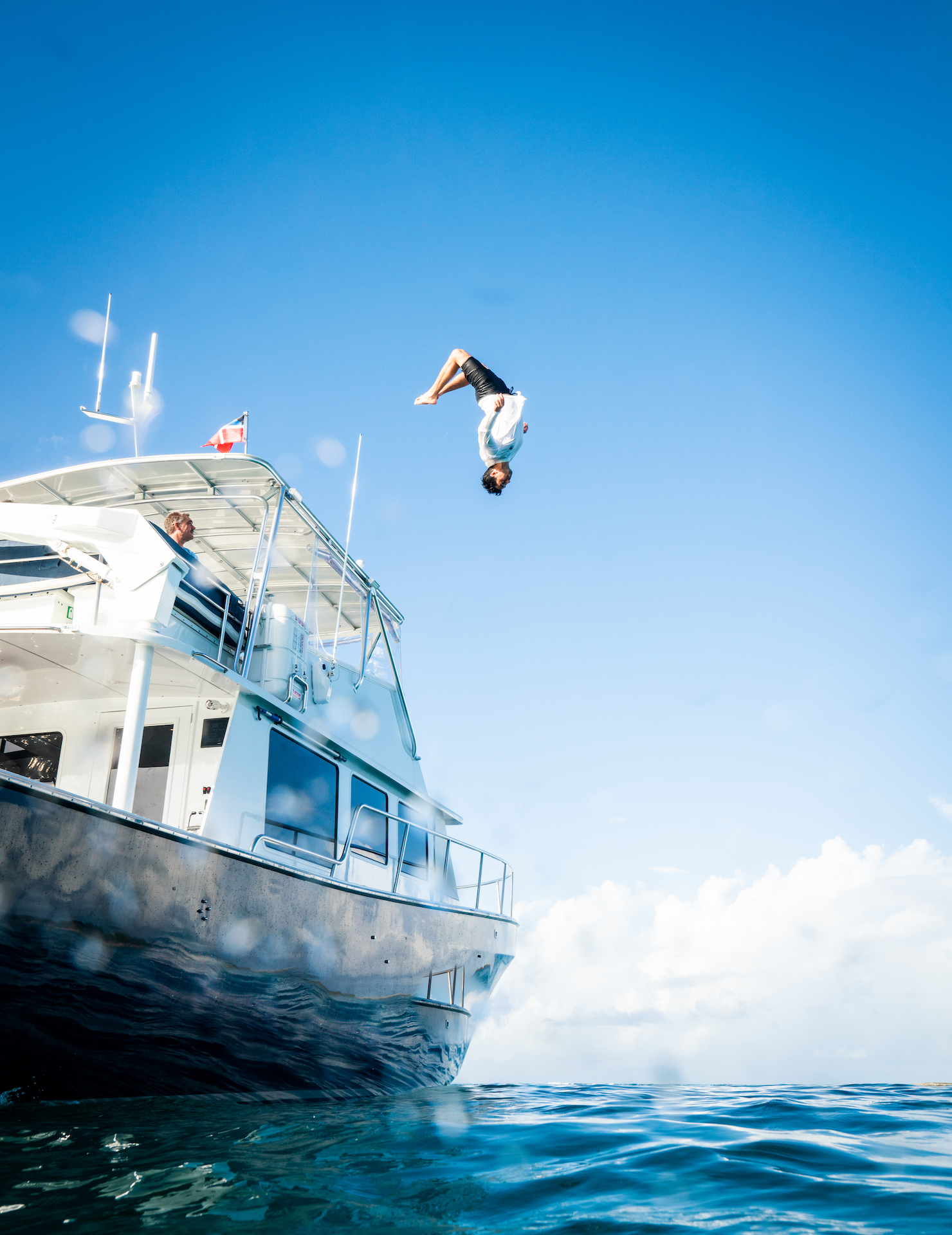 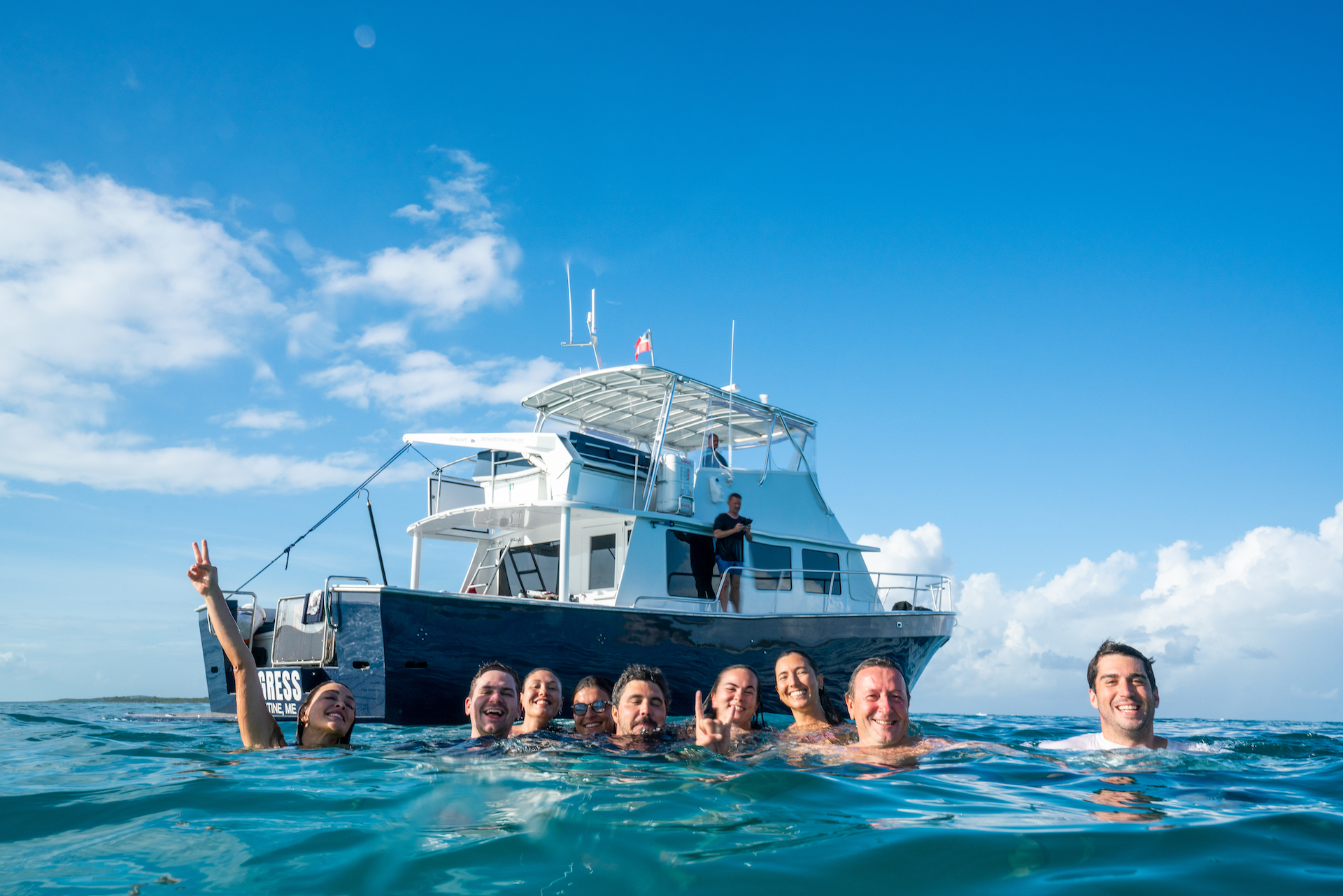 Lots of time in this expedition was spent collecting sediment - i.e. scooping up the earth below the seagrass in giant cores! (9 x 60cm cores to be exact). One reason for doing this is to eventually extract environmental DNA. Researchers hope to see the changes in Exuma biodiversity over a span of 200 years, and even see how particular animals have fared in modern times - such as sharks and turtles. 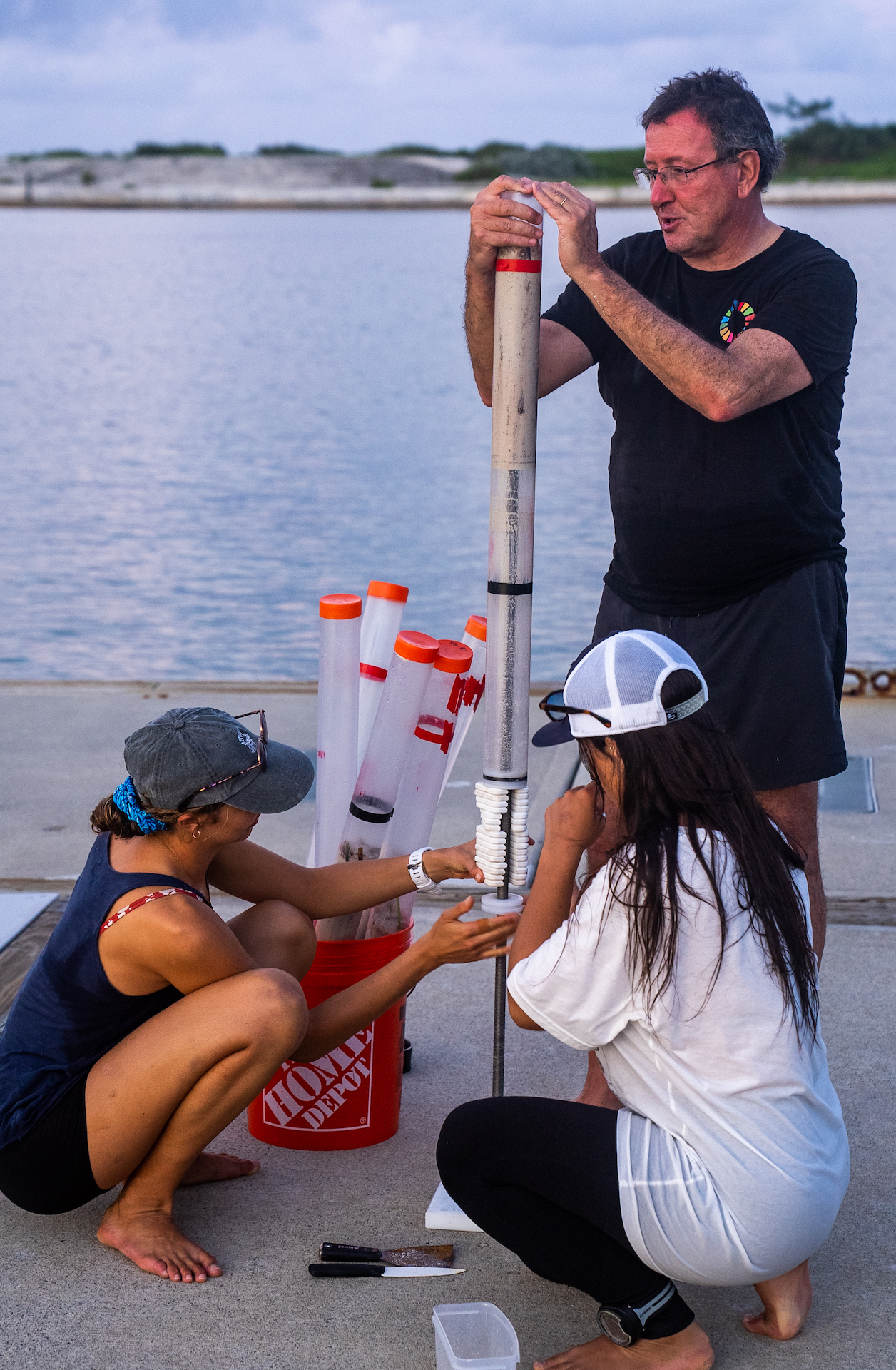 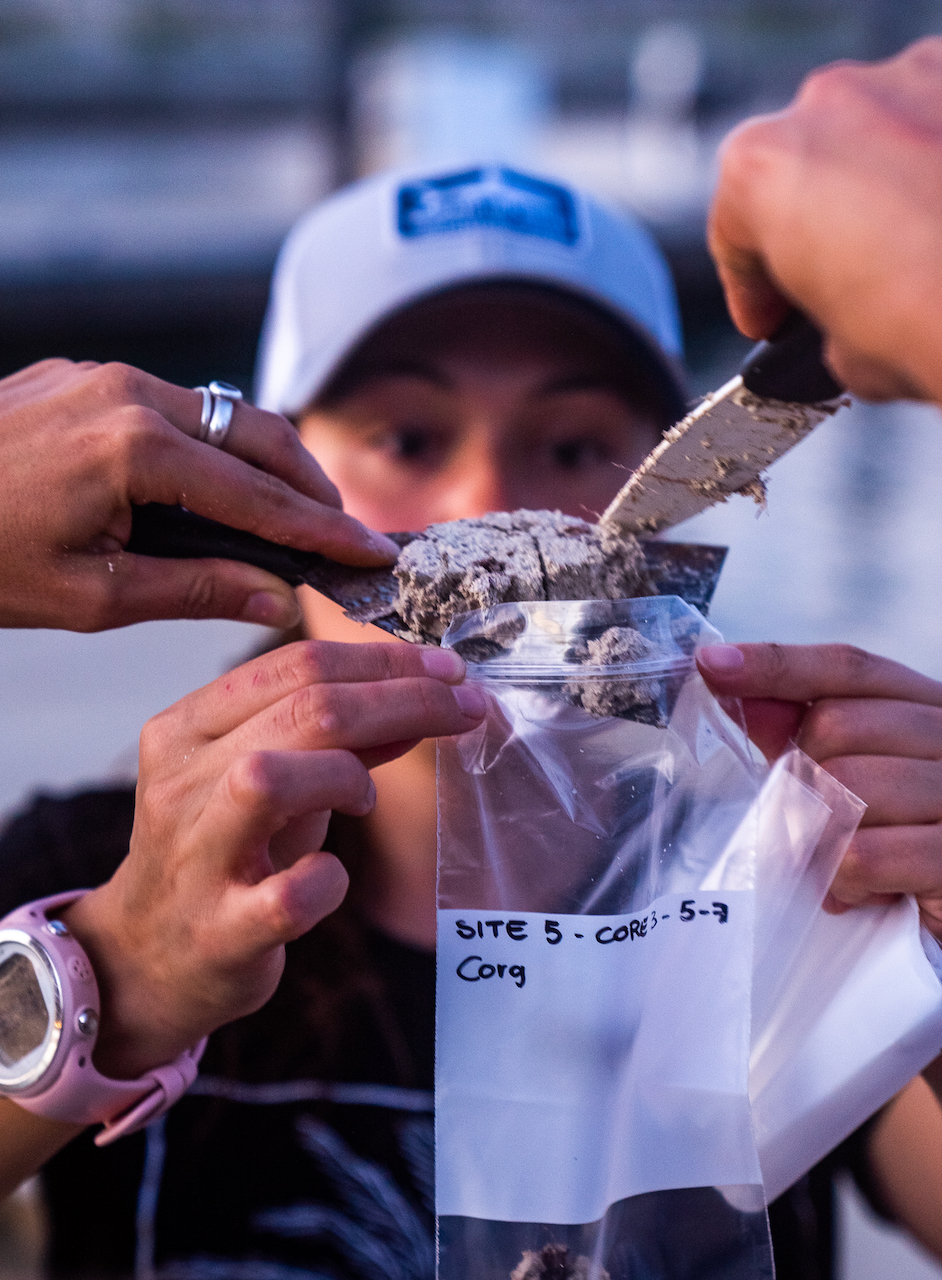 As well as DNA, researchers hope to study the diversity and functionality of microbial benthic communities in these sediments, and even determine how much carbon is locked away here. The aim is to estimate the blue carbon stocks of seagrass meadows - as a way to showcase how valuable these ecosystems are. Blue Carbon is simply the term for carbon dioxide that is locked away in undersea habitats, such as seagrass beds. They do this a lot better than terrestrial ones! So, to figure all of this out, all the sediment cores have to be collected via scuba, sliced and processed; a lot of work! See below for a few images of the collection process in action - 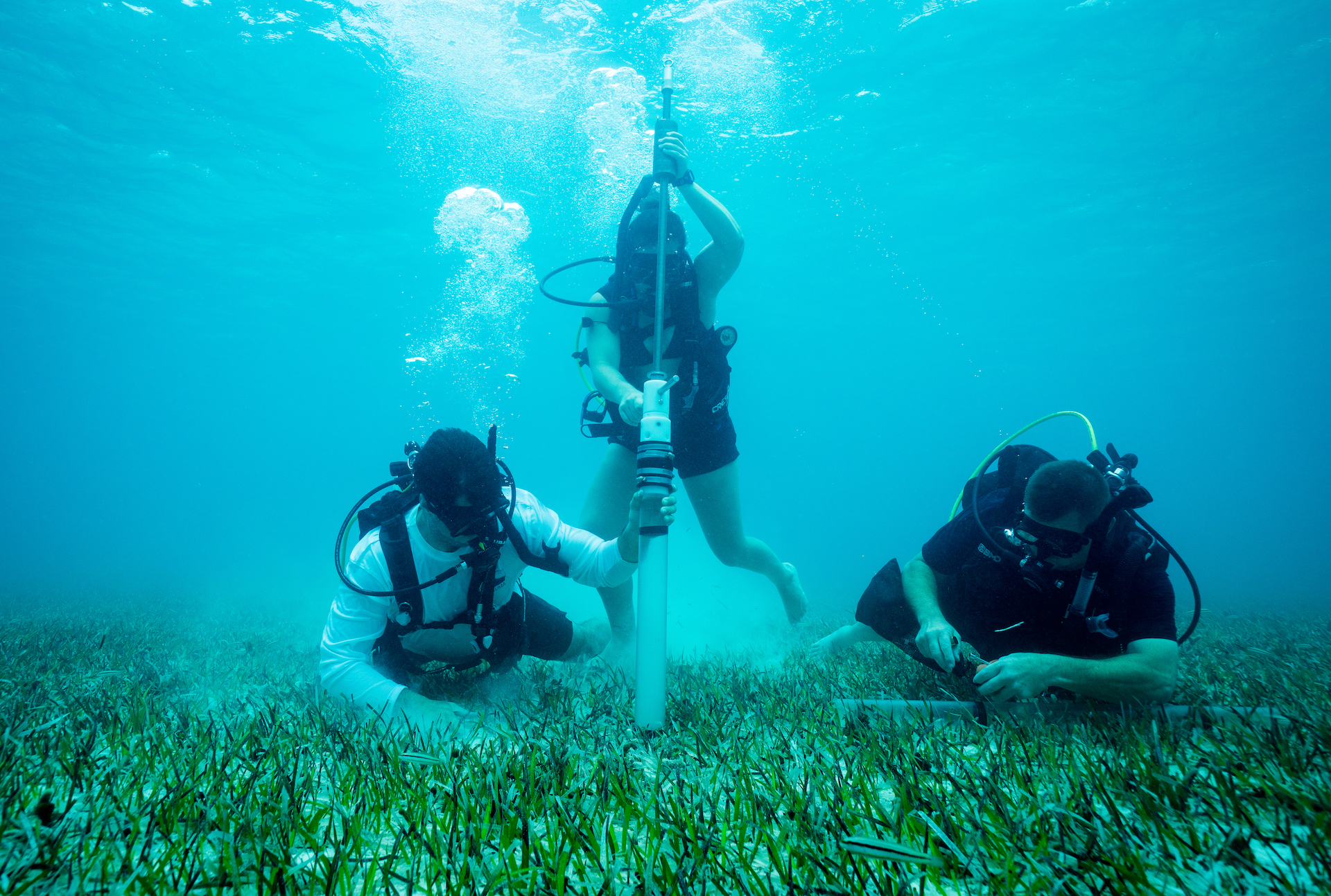 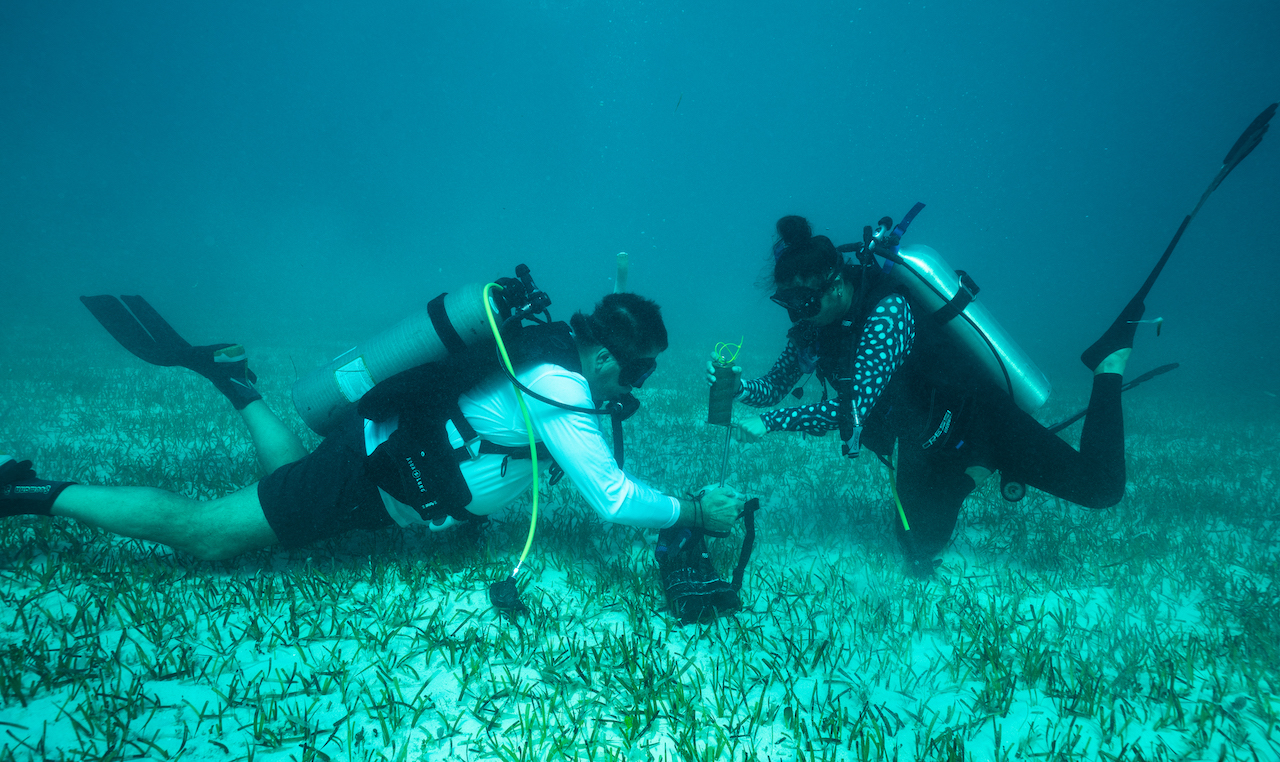 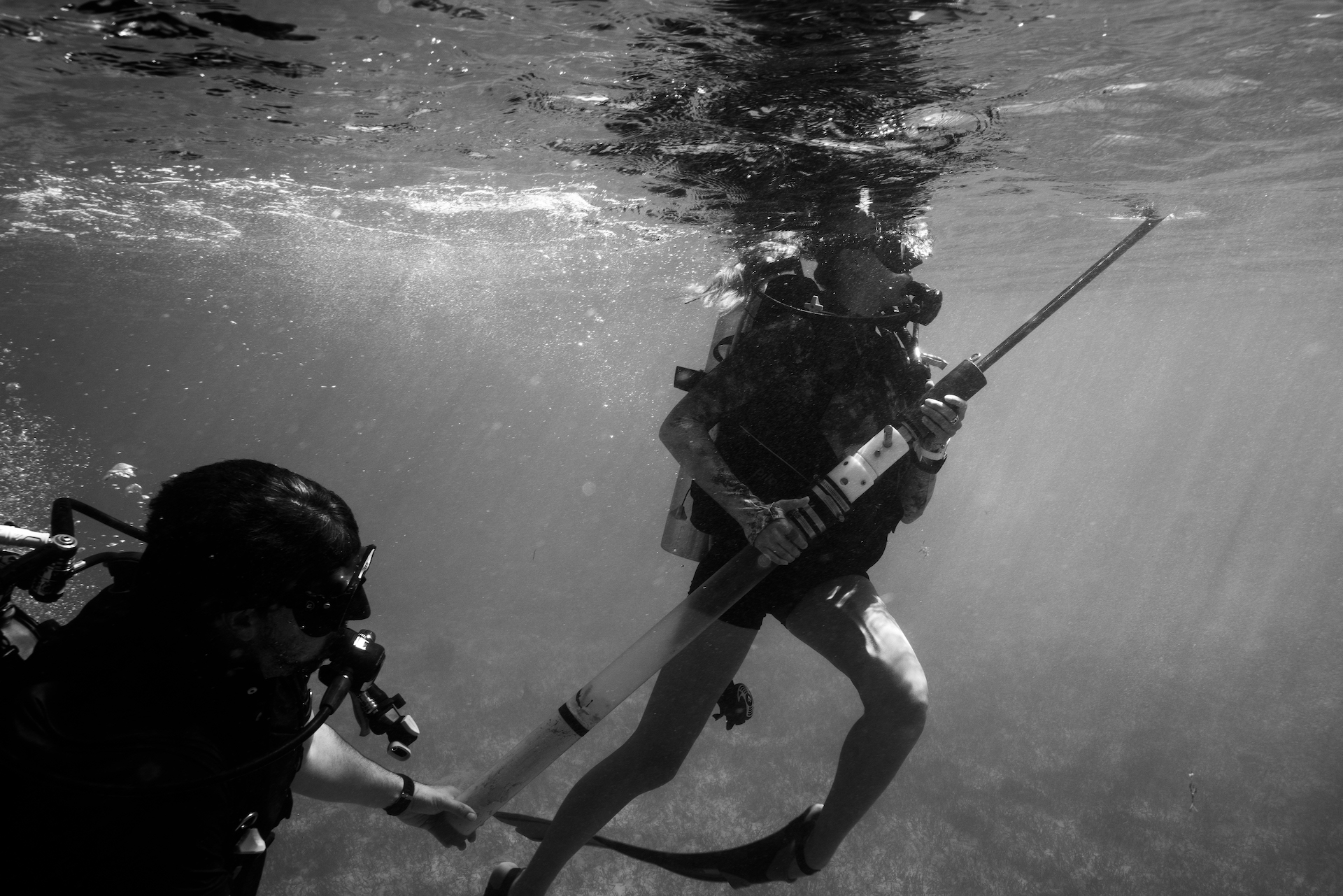 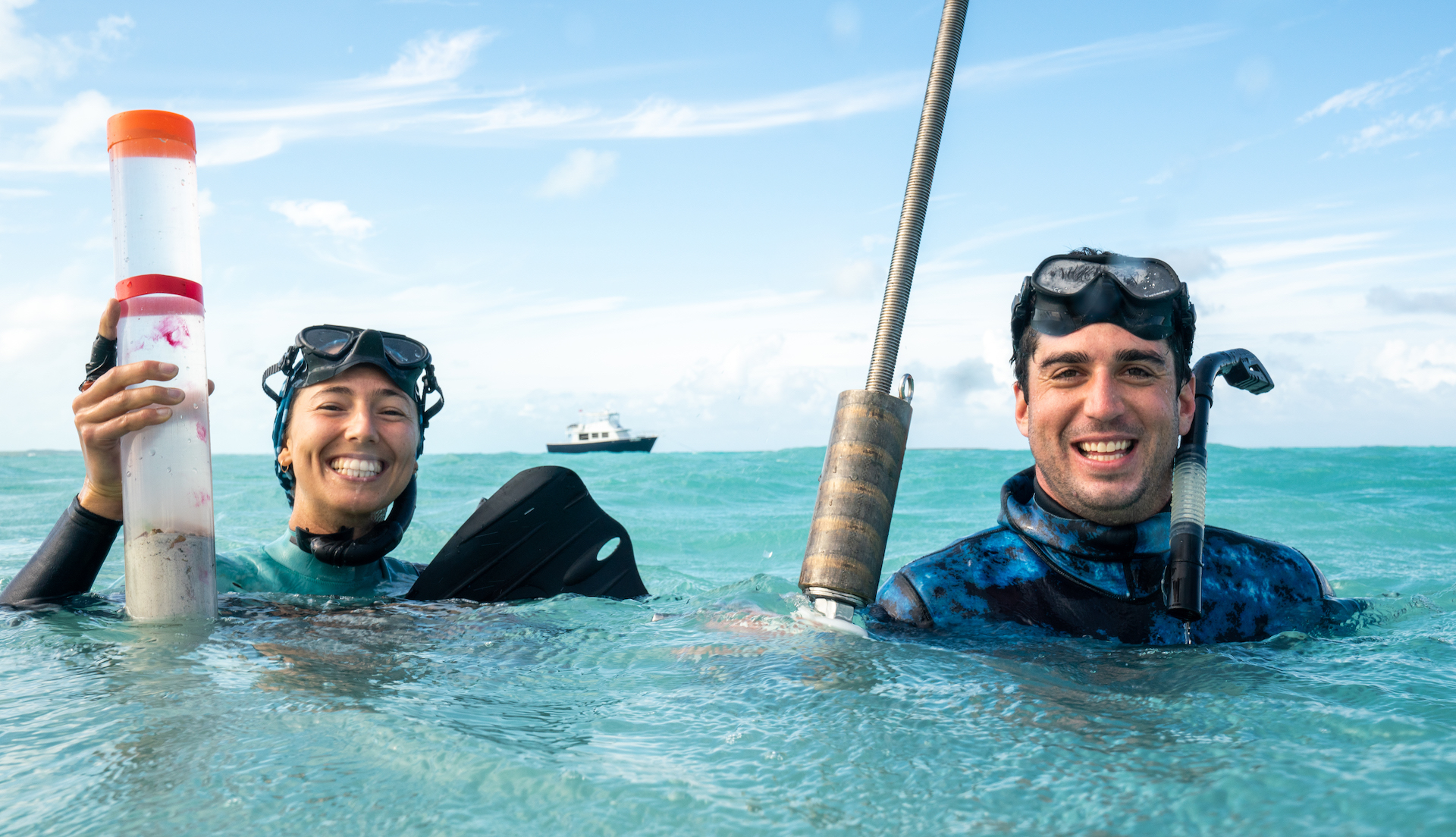 Also on this expedition was PhD student Beckah Campbell from the Sulikowski Lab, who came to tag sharks. Sharks are tagged for a number of reasons - not only to determine population estimates and collect physiological parameters, but also to track behaviour, migrations, and also help researchers to survey sites while reducing direct impacts. Whilst on board, the team managed to tag a variety of species (lemon sharks, nurse sharks, and one giant hammerhead!) using spaghetti tags (for identification), and acoustic tags (for remote tracking). They also took fin clips and blood samples for genetic and hormonal analyses respectively. 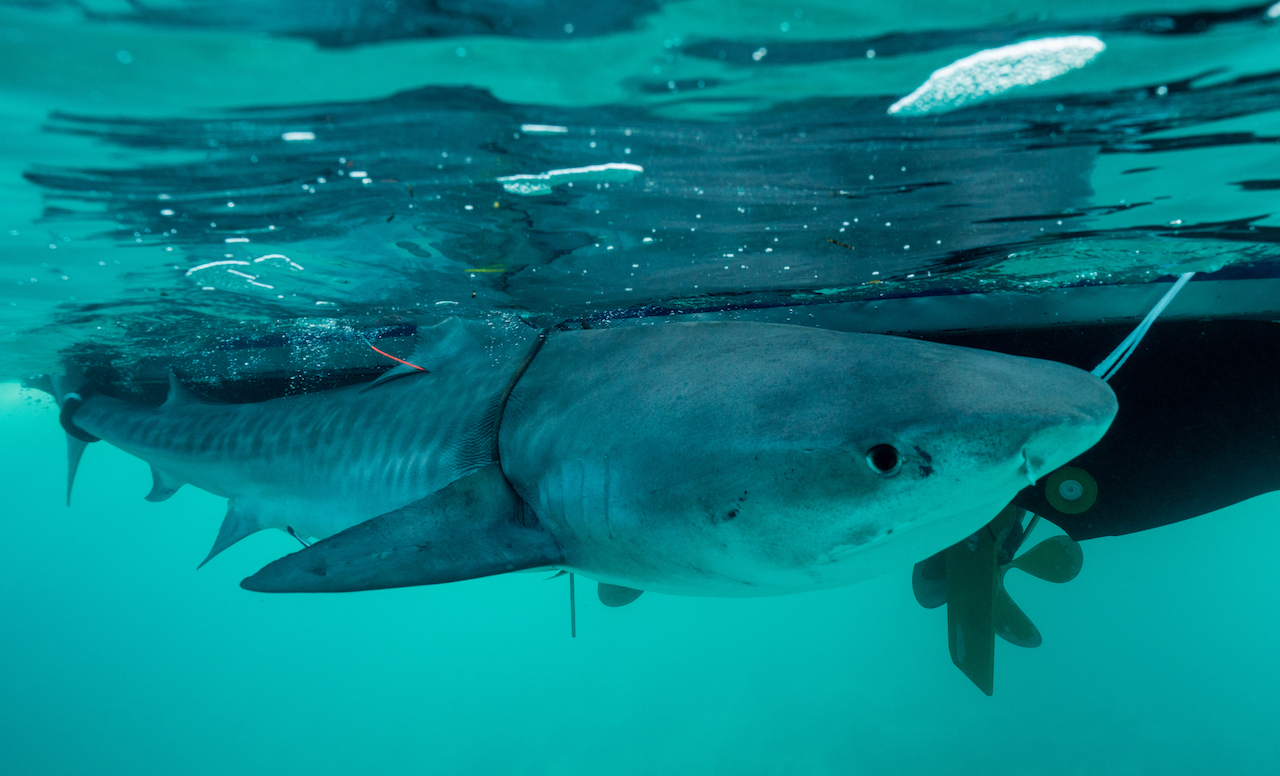 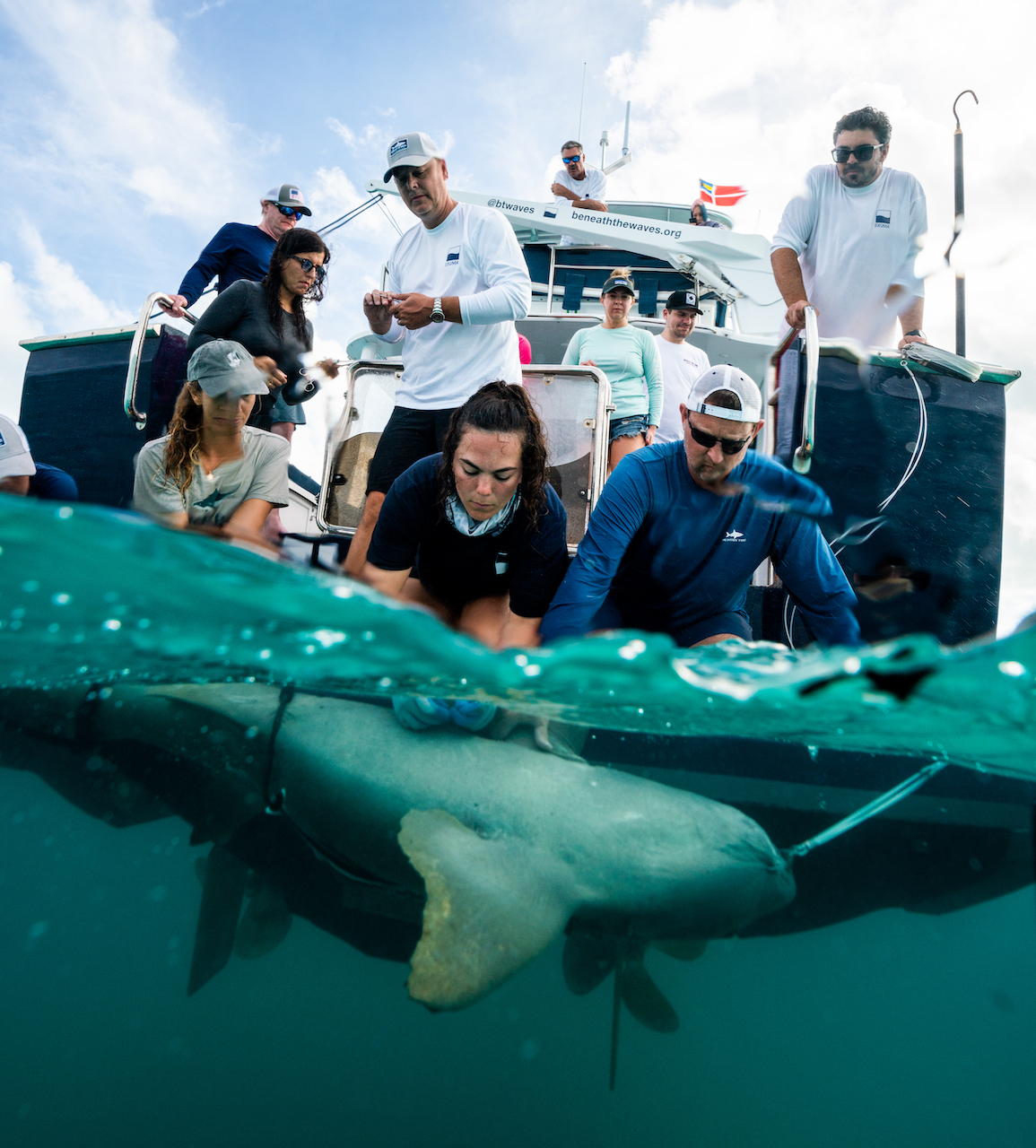 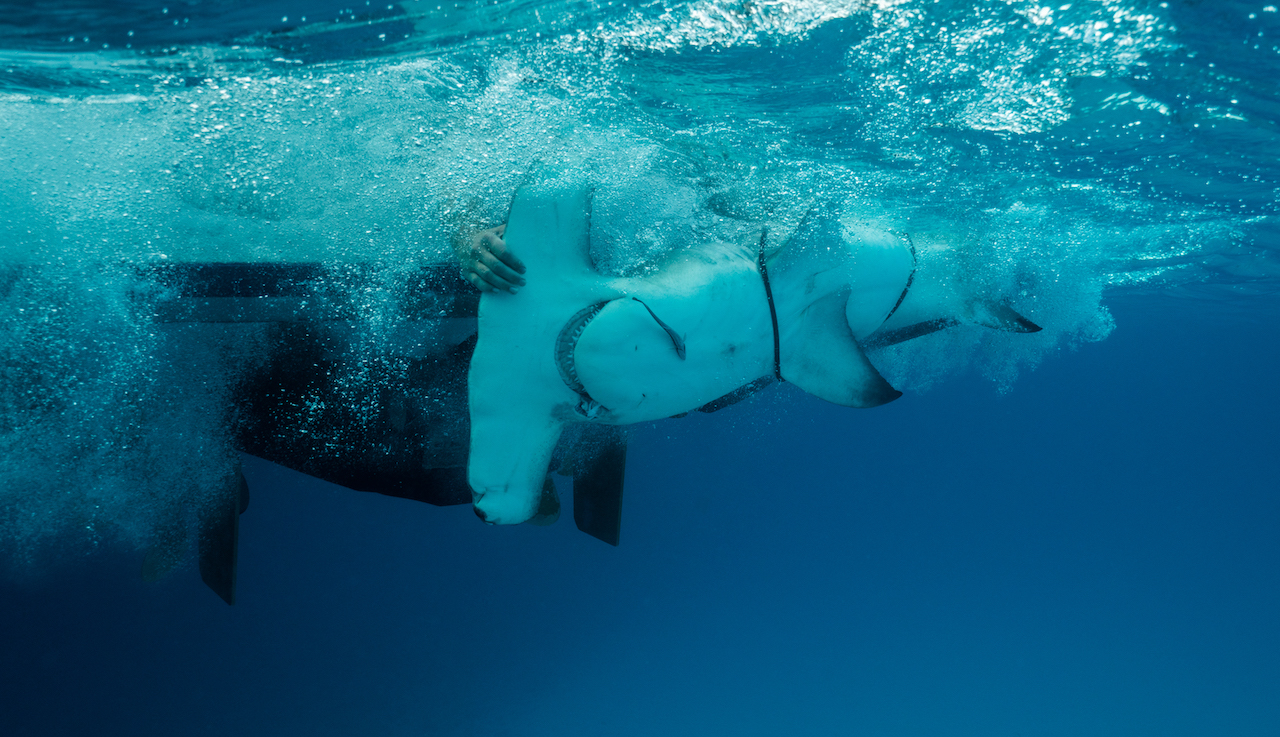 Another part of the expedition investigated soundscapes. Anthropogenic sounds (human noises) are a stressor in an ecosystem, and so it is important to know the health of the Exuma seagrass soundscape. During the expedition, 4 hydrophones were placed in shallow seagrass zones. 2 were coupled with shark acoustic receivers, which can be used to tell how many tagged animals passed by a particular area. When the hydrophones are collected and analysed, researchers will look for different 'Sound Pressure Levels' -  basically how strong / 'loud' different sounds are (as perceived by humans). Searching for patterns in the sound can enable them to determine the types of animals in the seagrass! 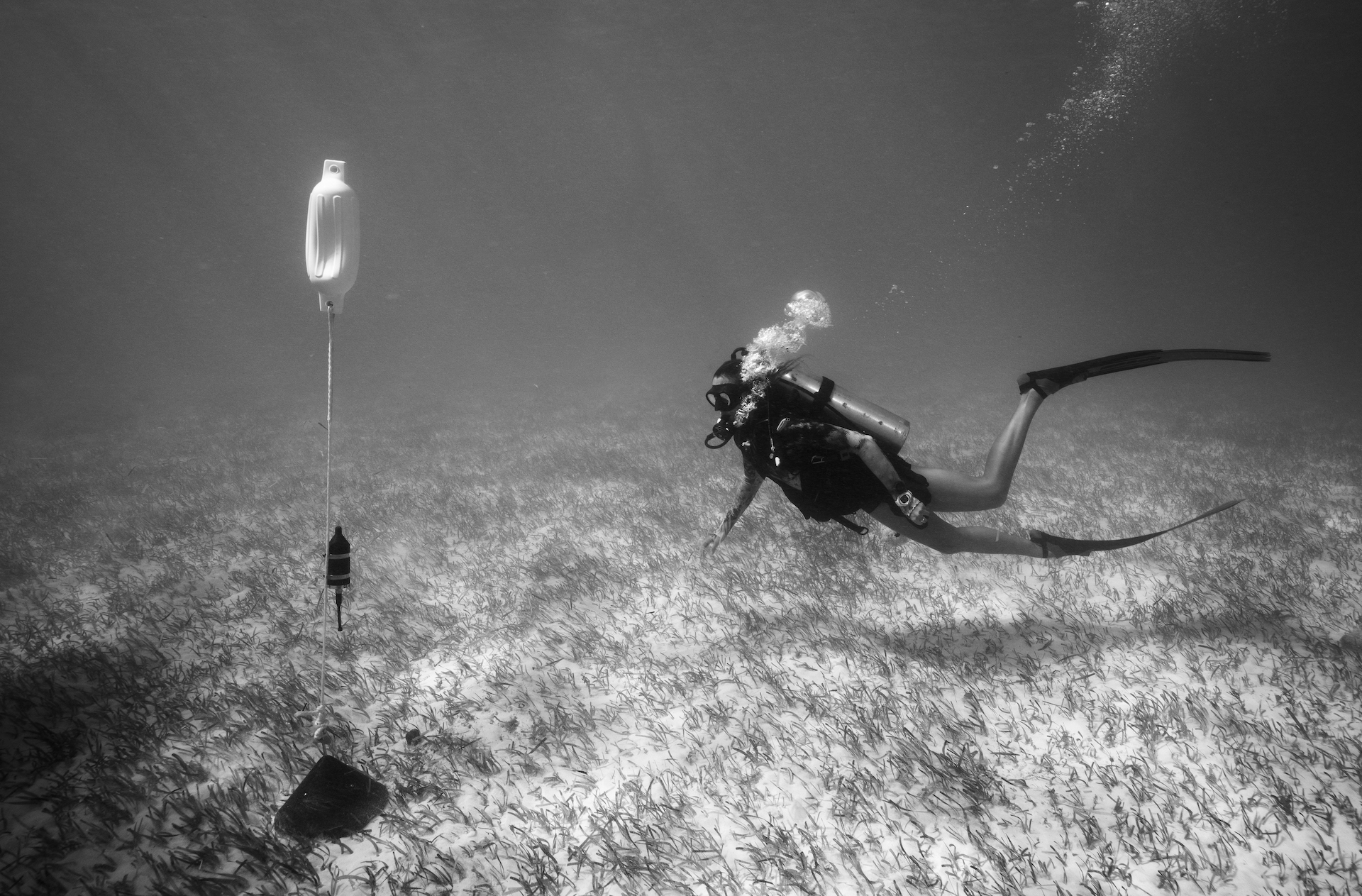 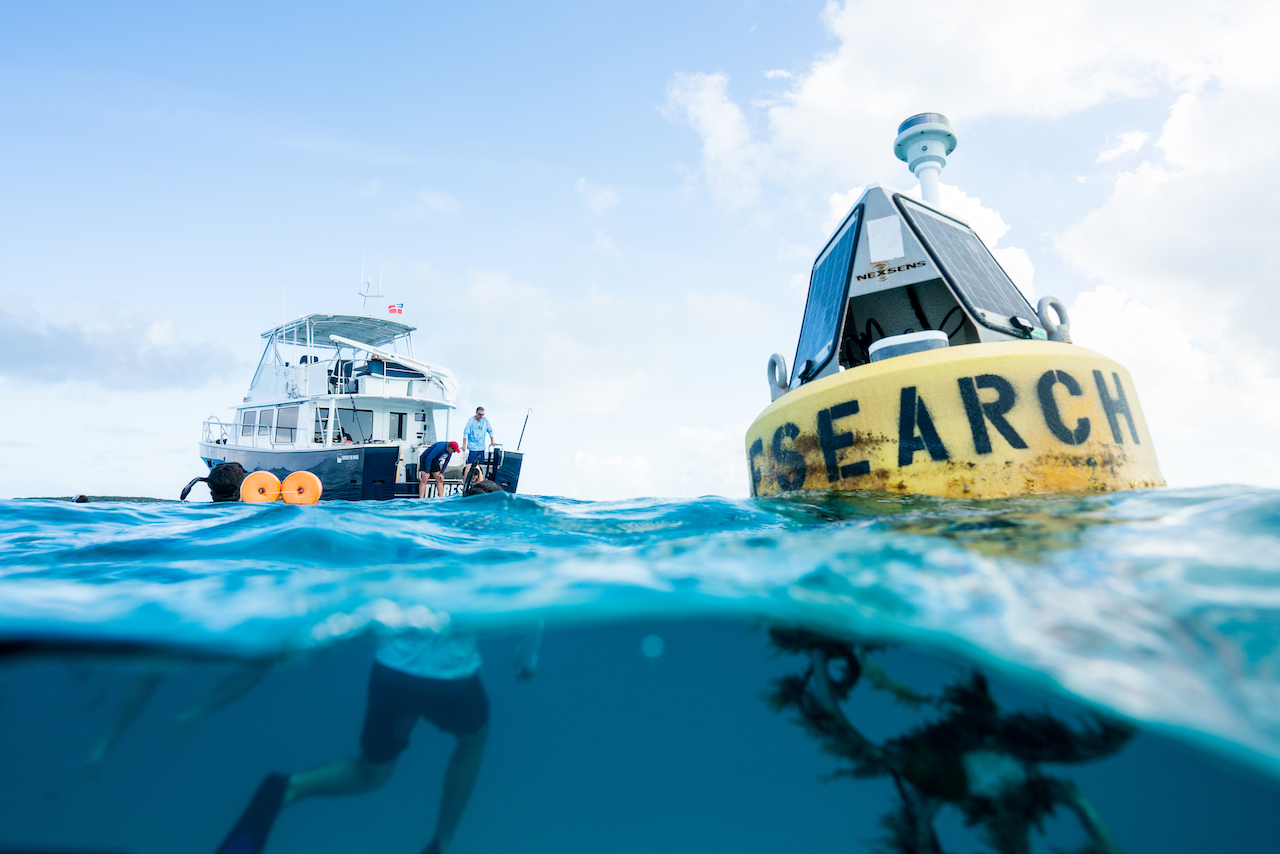 See the work by BTWaves HERE: