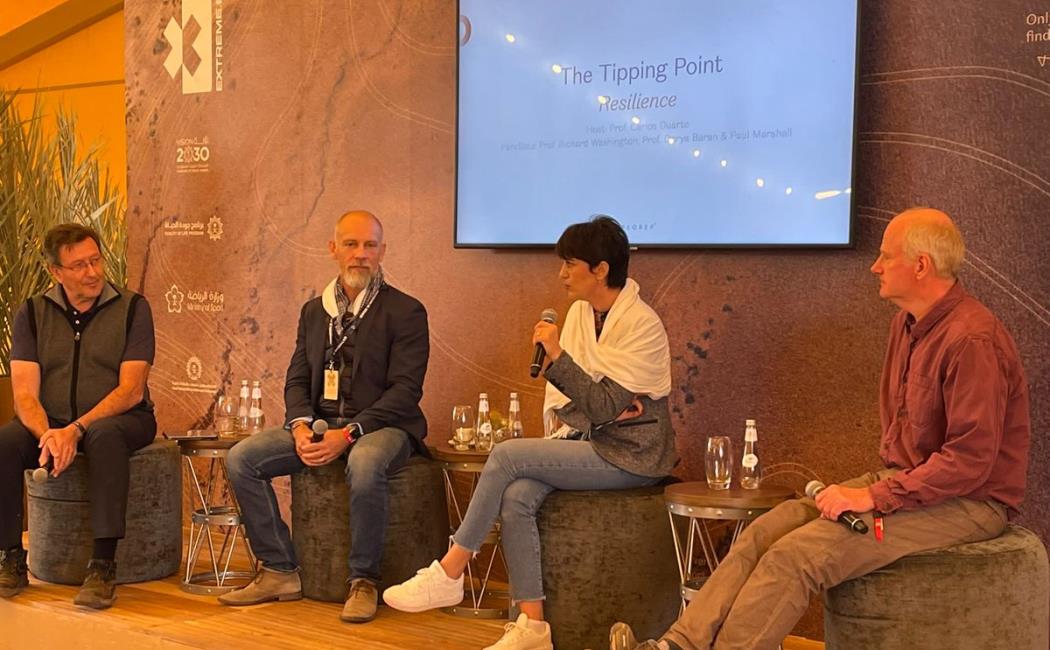 Carlos Duarte travelled to NEOM at the weekend, to see NEOM play host to Season 2 of the Extreme E racing program - for the second time since the inception of the Electric Grand Prix.

Extreme E is a signatory of the UN’s Framework Convention on Climate Change. This new motorsports program aims to showcase the use of electric vehicles in combating the climate crisis, by racing in extreme environments all around the globe - whilst communicating science to a far-reaching audience.

At NEOM, Carlos also took part in a 'Tipping Points' Forum discussion, concerning resilience in the desert ecosystem - part of Extreme E's commitment to highlighting the climate and environmental issues during its racing schedule.

See here for the update of NEOM's race by Extreme E!