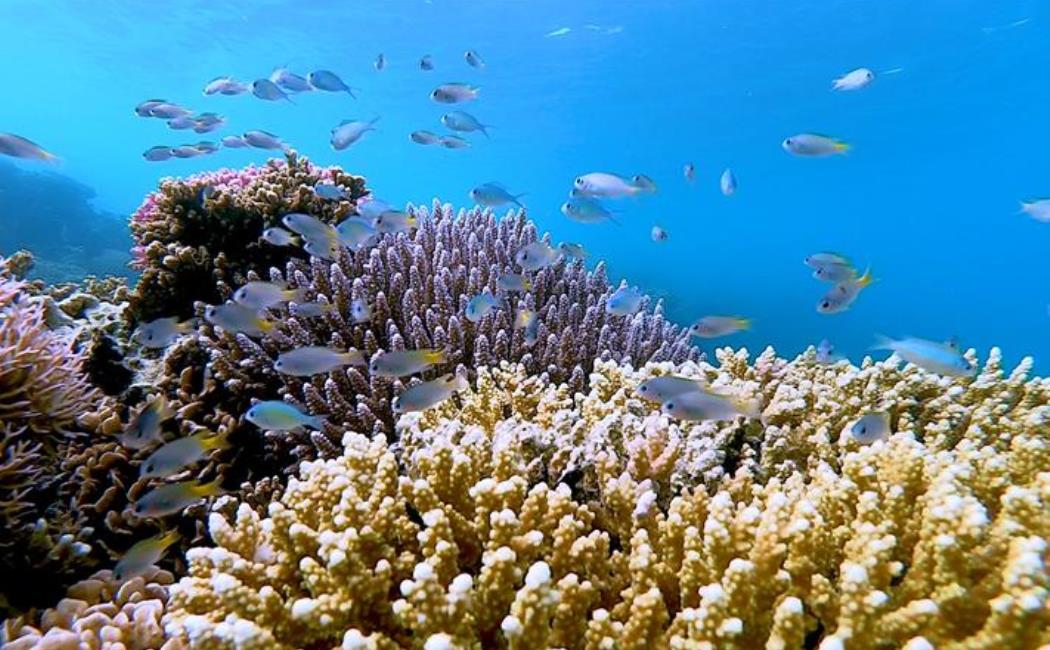 Our planet is currently facing a coral reef crisis. Threatened by a combination of different stressors that includes climate change, overfishing and destructive fishing, coastal development, pollution and damage, the Environmental Justice Foundation estimates that three in four coral reefs globally are in jeopardy.

Climate change is now the primary concern. A landmark report from the United Nation's IPCC climate science panel in August 2021 warned that global temperatures could hit the 1.5°C threshold as soon as 2030. However, back in 2018, the IPCC also revealed that between 70 and 90 percent of corals would die at this threshold, and 99 percent if this reaches 2°C.

However, a team of KAUST researcher scientists from the Red Sea Research Center (RSRC) including Sebastian Schmidt-Roach and Dr. Shannon Klein are exploring an immense source of hope in the form of mesophotic reefs.

“Shallow water corals are reliant on light because they have symbiotic algae within their tissues,” explains Dr. Klein. “This gives them color like the beautiful pigments, but also these algae harvest light and give the corals a source of food and supplies oxygen in their tissues.

“Mesophotic reefs, meanwhile, are generally between 40 meters and 150 meters depth. And when we get to these deeper depths, corals display different characteristics. Light becomes very limited, for example, so these corals need to be very good at harvesting.”

KAUST researchers are exploring the idea that mesophotic reefs could potentially be a lifeboat for the world’s vanishing corals, operating as a climate refuge that will allow corals to thrive by avoiding the implications of those threats facing shallow reefs closer to the surface.

Dr. Klein continues: “One of the main threats to shallow-water coral reefs is marine heatwaves – periods of high temperatures that cause the breakdown of the symbiosis between corals and their algae. The result is you get this kind of bleaching phenomena where they look pale, and then quite often they can die as a result of that.

“The two main causes of this phenomenon are heat, stress and light, but when you go down to 40 meters below the surface to where these mesophotic reefs are, these two stresses are no longer an issue. So even if there is a heatwave on top of a reef, those stresses aren't going to penetrate down to these depths. And so, this is why we consider them a refuge.” 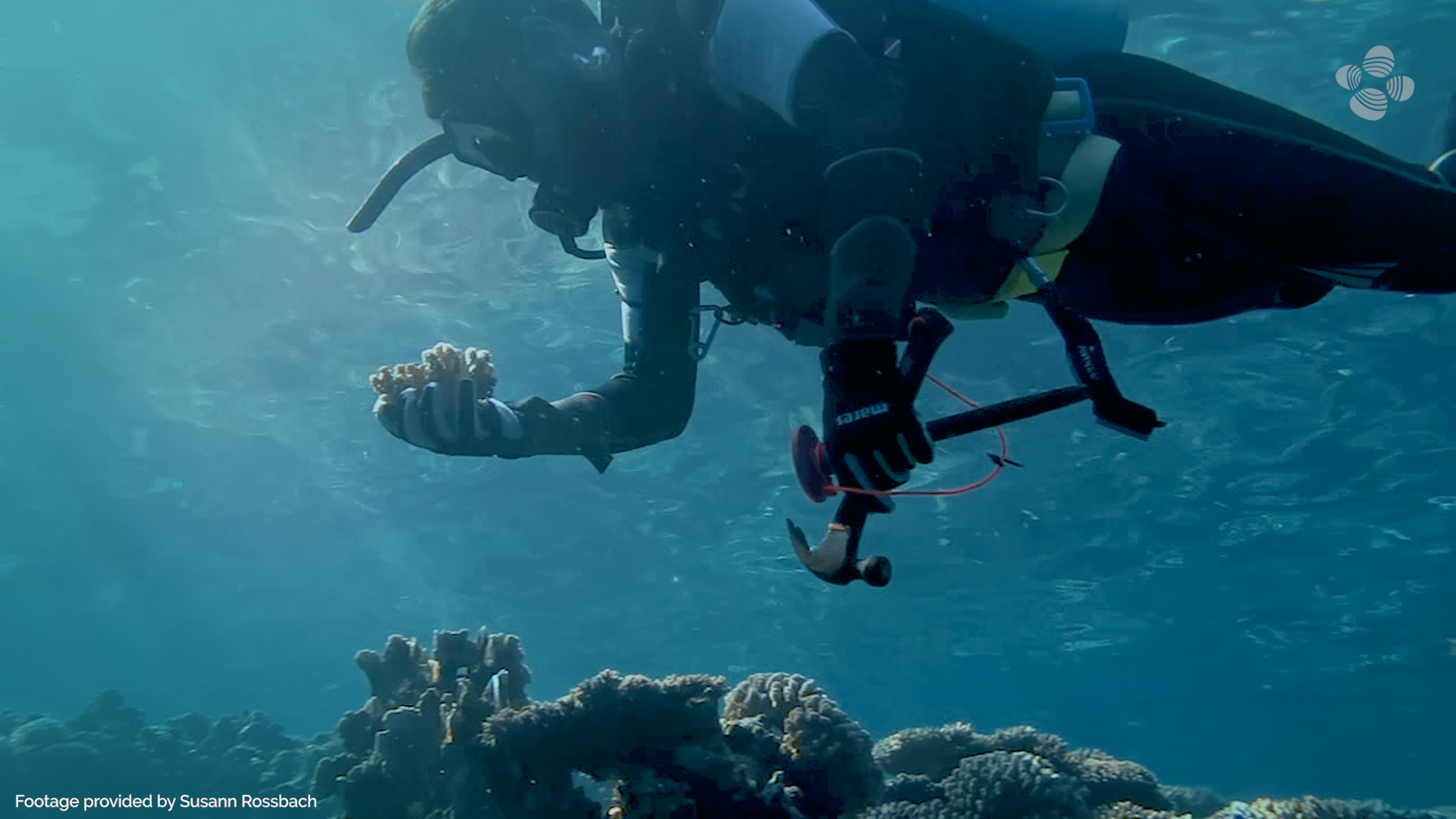 Breaking down barriers to research

The study of mesophotic reefs has been largely neglected until recent times.

Advanced tools are required to descend to such depths, making investigation more complicated due to access difficulties. Yet technology has evolved since, with submarines, robots and technical diving equipment now sophisticated enough to allow KAUST’s research team to explore these more actively.

This is exactly what the team will be doing, leveraging the highly advanced OceanXplore Vessel complete with submarines capable of diving to deep depths, as well as a shallow water vessel that will be used to monitor nearby shallow-water ecosystems.

The goal will be to achieve the deepest ever observed spawning in situ, allowing the scientists to answer several critical questions that could be key to understanding the possibility that mesophotic reefs could help to restore shallow reefs globally.

“We have the ability to really get up close and personal with these corals,” Schmidt-Roach affirms.

“We expect coral spawning to occur between March 18 and April 16, 2022, as it is dictated by the phases of the moon, so Shannon’s team on OceanXplore will hopefully be able to see that they are spawning then we can take some samples to confirm that.

“I’ll then be on the shallow water vessel, doing some diving and exploring it from a shallower perspective, which together will allow us to determine first what species we have in common between the shallow and the deeper depths, and second if their spawning occurs at the same time.

“If the answers to those questions are yes, then this gives us a lot of hope for mesophotic reefs being this refuge, and potentially resupplying these reefs after such a harsh event like a heatwave.” 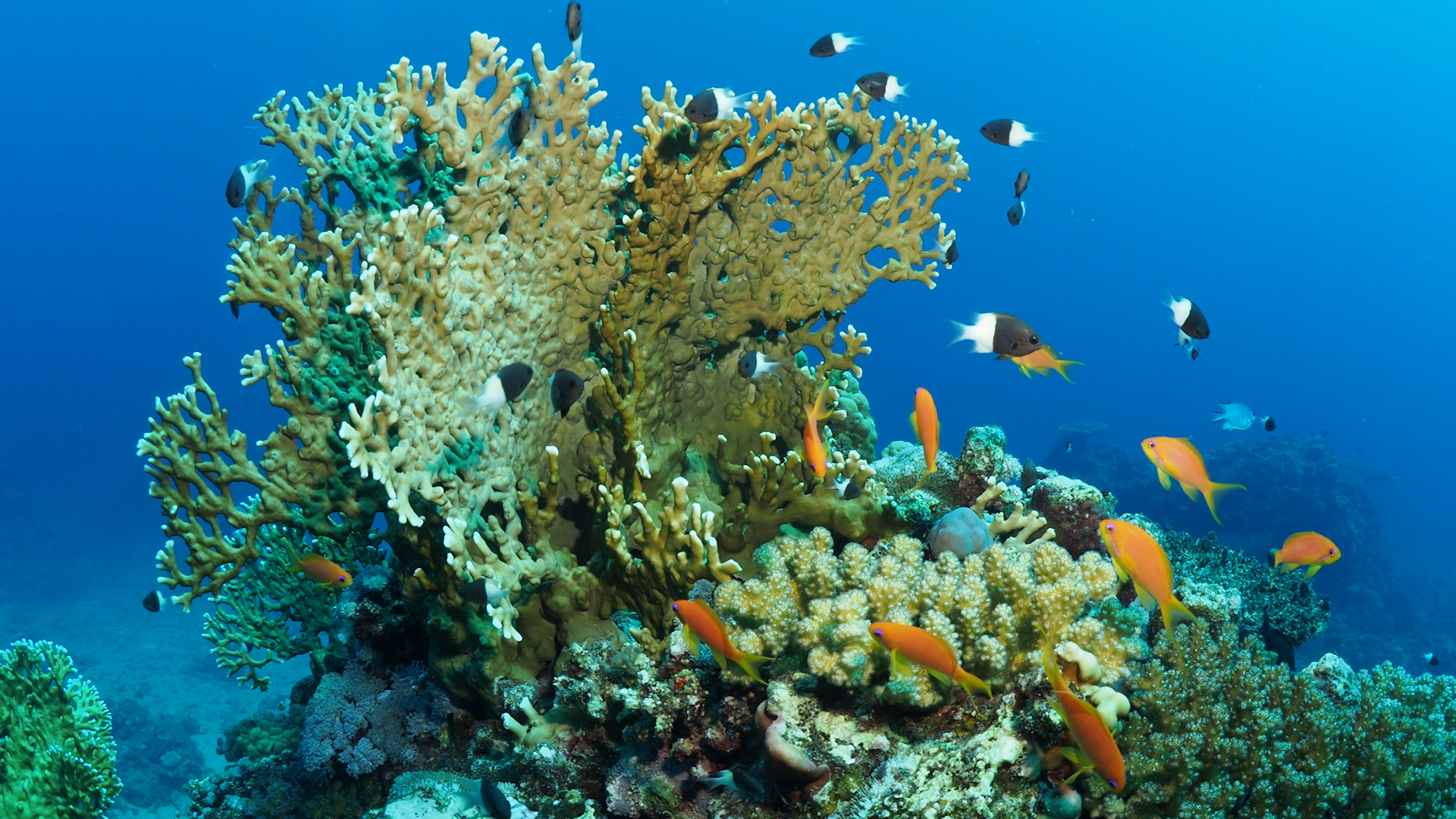 Unlocking a new wave of questions

As is typically the way in such expeditions, luck will have to be on their side, from the weather being favorable to being in the right spot to observe the spawning.

Yet it is largely because of such challenges that an observation like this has not been completed to date – a hurdle that both scientists are excited to potentially overcome, and one that will likely serve to propel further studies for years to come.

“With any new discovery like this, if it’s successful, there'll almost undoubtedly be a number of new questions that we didn't even consider,” Dr. Klein explains.

“If we observe this in the Red Sea, is this happening in other places around the world? What are the health of these mesophotic reefs? Are there any threats that we can try and protect them from?”

Schmidt-Roach agrees, adding: “There was a recent publication that stressed how light pollution from cities is impacting coral production by altering the synchrony. So perhaps these reefs may not just be a climate refuge, but a light pollution refuge too – that's a question nobody has asked yet.”

Only time will tell if the expedition is successful this time around. However, given both the current implications of climate change on coral reefs and the lack of studies into the potential resilience of mesophotic reefs to date, such research will be critical to better understanding how to safeguard our reefs in the future.